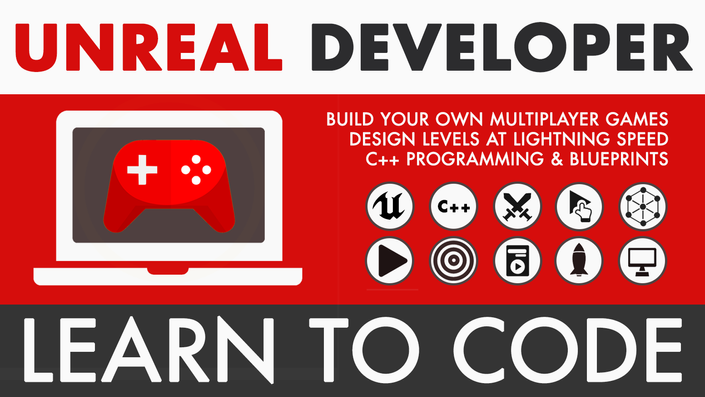 Learn video game development and how to build impressive games from scratch with the Unreal Engine.

This project is the world's biggest on-demand tutorial series designed to teach ANYONE how to code and build impressive games with the Unreal Engine.

THE COMPLETE SOURCE CODE WILL BE AVAILABLE!

Are you ready to build your first games? 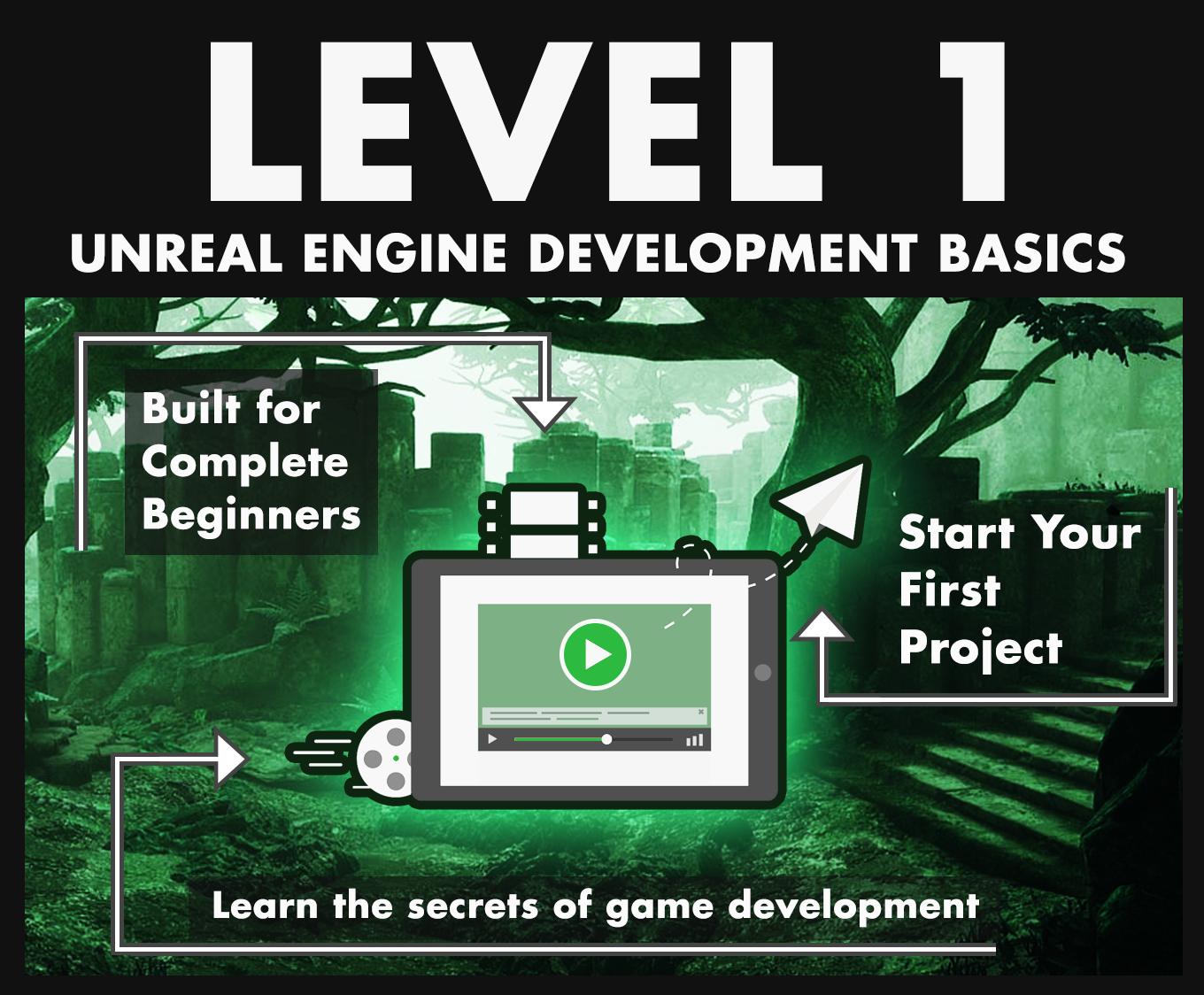 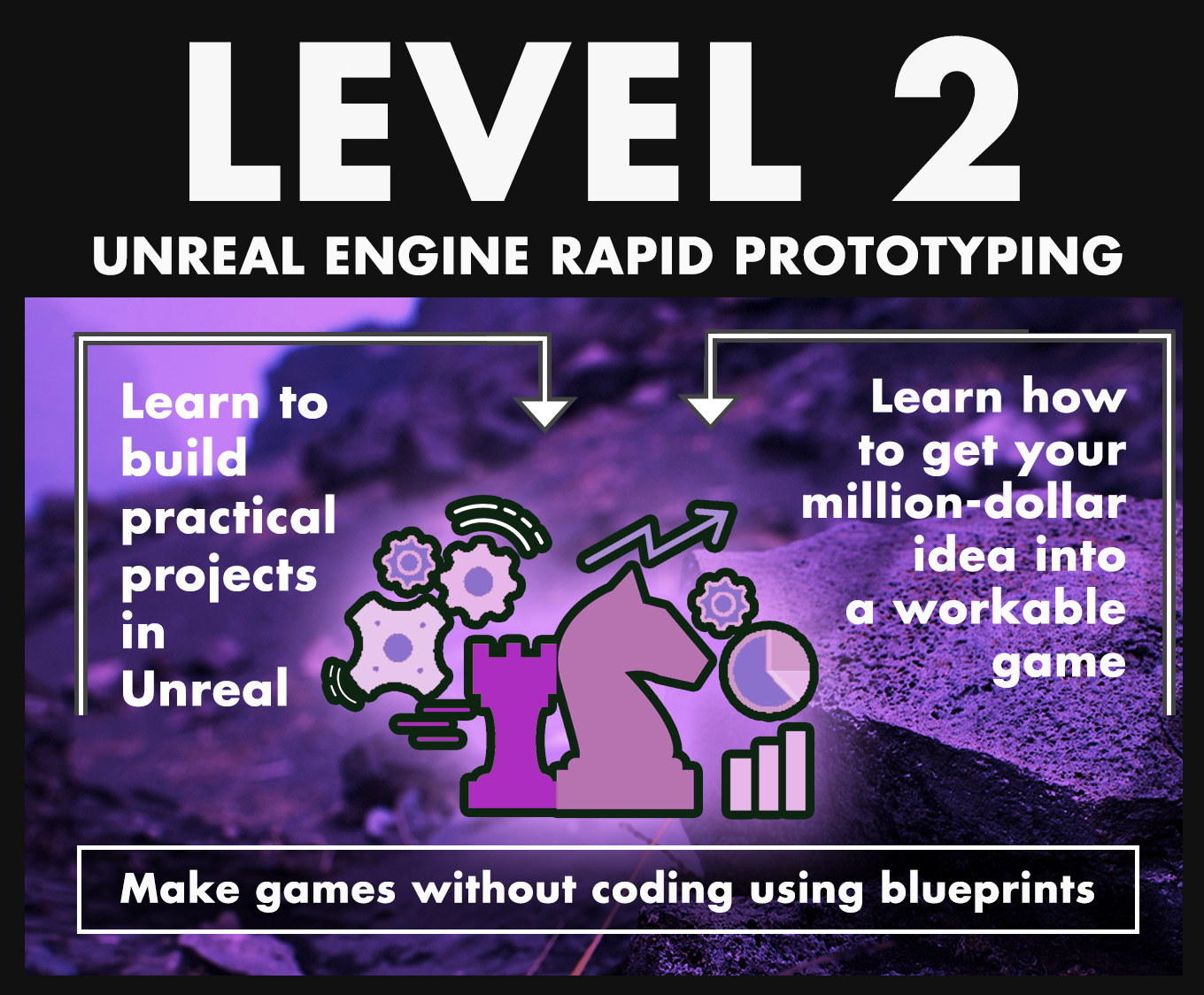 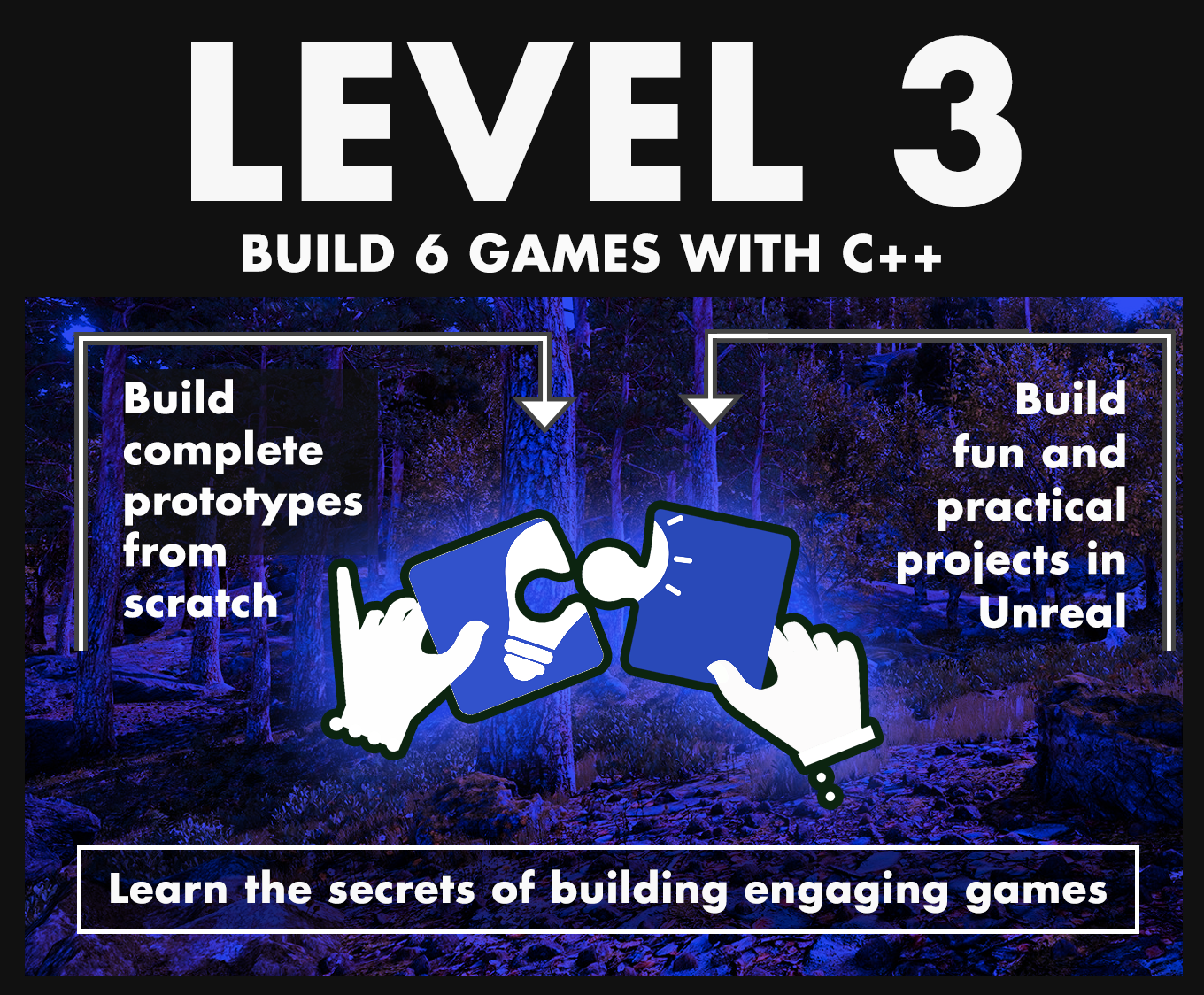 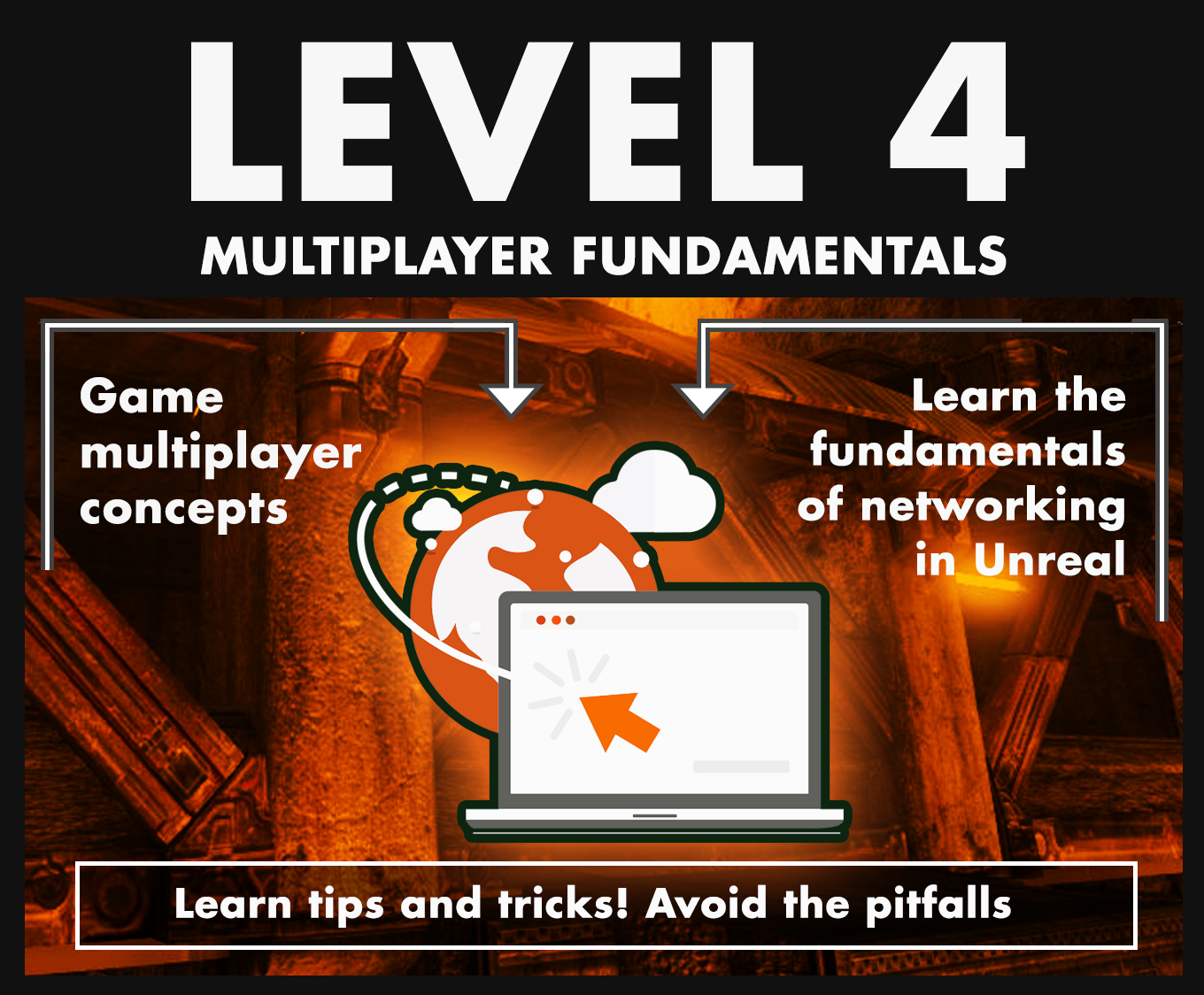 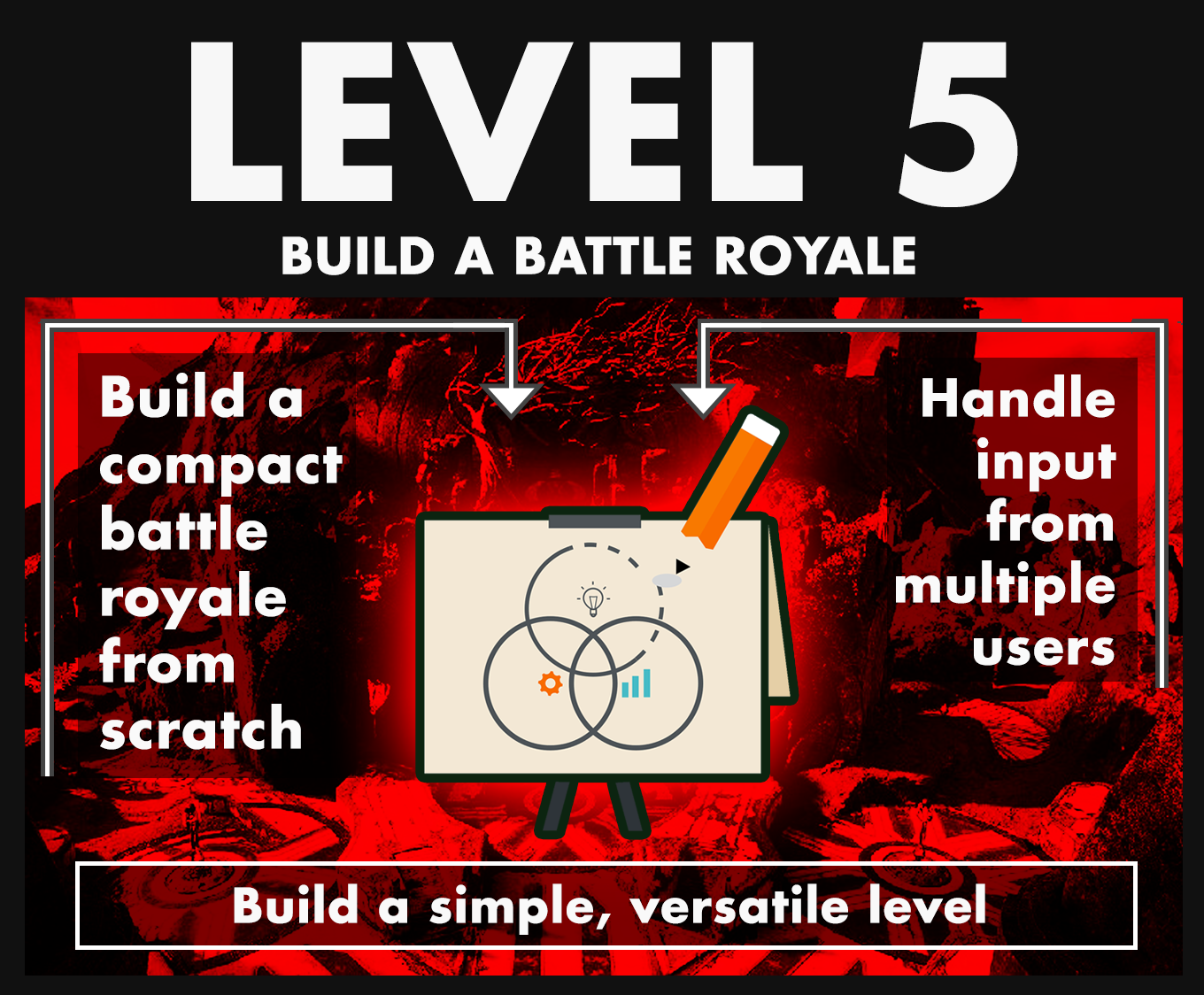 Who This Course Is For:

Watch the trailer for this course below.

This Unreal Engine course is designed to take you step by step from no experience all the way to mastering the Unreal interface. There are thorough introductory levels for those that have never used Unreal before, as well as higher-level modules if you're an experienced developer and need to upskill.

Popular - Unreal is a free game development engine used by developers all the way from beginner indie developers to AAA studios. The community is large and available for help.

Powerful - Unreal is a powerful engine, with a huge library of image assets available for you to use as much as humanly possible, saving hours of development time.

High Definition - Unreal is one of the main engines to use because it is so good at making good looking and high quality games. Unreal has high fidelity, meaning you can zoom in and still have high quality images.

Coding Optional - The best part about Unreal is their blueprint system, letting you build games without coding. We have been using Unreal technologies since UDK and are delighted to see that the blueprint system is incredibly robust and resource-efficient.

Resource-Efficient - You can minimize loss of performance by a large amount simply by using Blueprints.

Other Industries - Unreal is for more than just game development. You can get hired in filmmaking, architectural design and product visualization, to name a few.

For instance, Mcclaren Automotive uses Unreal to let users visualize their own unique luxury car before building it. Unreal Engine has even been used to build Star Wars-themed areas in Disney World and Disneyland. 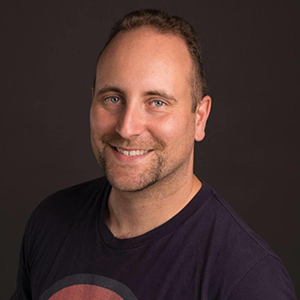 Mammoth Interactive has nearly 200 courses with expert advice from John as CEO. He brings a unique perspective with years of experience of teaching and real world experience running a software company.

"Captivating voice, easy to follow at a rapid pace, get some paper and fasten your seat-belts. I'm enjoying every second of this. Literally, I bought this course for specific lectures of the Python + Tensorflow aspects, and after 2 hours I already know way more than after 10 hours of the Zero-to-Deep-Learning." - Philip Murray, Machine Learning: Build Apps & Predictions & Analyze Data

"This course is a great way to get introduced to coding and bringing the game together from a full SLDC stance. The instructors are responsive, and the Q&A sections are extremely helpful. 100% worth the time invested to learn through this course." - Derek Hass, Unity & Blender Masterclass: Make a 3D Zenda Game